Landscapes of lament...faces of the poor

Some of the worlds greatest art has portrayed those ravaged by tragedy. Media such as paint, charcoal and sculpture has been used to explore deep fissures of loss, shame and struggle in lives of hardship. Light, when brushed across those rough leathery contoured creases, expose earth worn sorrowful beauty.
My long held desire of photographing Antelope Slot Canyon in southern Utah came true recently. Hidden beneath desert sand bleak, this treasure seems superficially inconsequential. It has however attracted photographers the world over to capture wonder’s light as it caresses these serpentine sculptures. 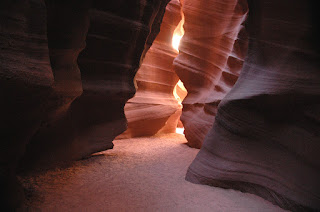 When painting any subject, the use of light and it’s contrast to the darkness produces form and eliminates flat singular dimension. Values, semitones of light to dark are of far greater import than color. One art instructor always challenged me never to be afraid of painting dark passages, as they provide a bedrock for and enable light to shine even brighter.
The key is to let light intrude and kiss the darkness!
Light often seeps from the haunting eyes of the poor despite the daily grind of their haggard existence. Portals of pool deep vision orbs allow us to dive into a souls abyss or just as quickly shuts us out with quickly averted gaze and the glazed numbness of shames disassociation.


I was watching an interview on broadcast television where a friend of a friend was being interviewed about his twenty-five years of work among the homeless...those living on the fringes, marginalized just beyond the drawbridges of considered polite society. One statement caught my attention...although he derives pleasure from experiencing the wonders of creation when viewing mountains or sea, he, more than anything sees God’s face and beauty etched deeply into the faces of those less fortunate. He spoke to the realization that it is often the one serving them who in the end receives much more in return than anything given.
This brought to mind a treasure trove of memories of landscapes of the poor burned indelibly into my layered memory. Having walked briefly among some of those impoverished around the globe it is critical to regularly cast my mind back, not relegating those whose faces reflect eternal value to the scrapheap of ‘out of sight...out of mind.’


While living in Latin America for several years, I observed that although the poor lacked most accoutrements of comfort they always presented themselves publicly with care and dignity. They walked tall in their pain. Emerging daily from hovels dressed in their finest, faces and bodies well groomed, they appeared to their world as beautiful dignified humanity. Their laughter and smiles often were a rich contrast to the dreariness of an onerous wearisome existence.


As a prerequisite for living in the third world as expatriates, governments insist that based on one’s relative wealth, employment is mandated to be provided by you for your poorer neighbor. As a result, most of us had the privilege of having local friends serve in our homes while we went about our daily work elsewhere. These dear ones would often pull themselves out of shanty towns well before dawn, walk long distances to catch the battered shell of a bus. Hanging off the sides or draped across rocking roofs, they risked life and limb, as they traversed the large city to serve us with noble self respect.

During our time in Central America studying Spanish, the ‘empleada doméstica’ who helped out in our home during the week invited us to come the other direction to have lunch at her place one weekend. My wife and son joined me as we followed her journey back across the city. Rocking and rolling we bounced by way of three exhaust filled buses crammed with humanity, pigs and chickens toward our objective. Alighting at our destination, we hoofed it up rutted dirt tracks, open sewers and mud holes where mangey dogs cowered at our sides, toward her small lean-to shantey.

Greeted with ever present warmth of Latin hospitality we were invited into the humble dwelling of the one who served us each day. Here we found a room no more than twelve feet square. Above the uneven rutted dirt floor gaped six to twelve inches of open space before the vertical slats began. When rains came, water streamed across the hovel leaving their meager contents constantly drenched and soiled. There was no electricity, refrigeration or windows. Privacy was not to be found. Danger constantly lurked. A small dank mattress lay on the dirt where our friend and her two young children attempted sleep. A tiny charcoal fire burned in the corner filling the hut with a thick blue haze.

Our friend offered us black beans and rice and out of her poverty served us with hospitable pride and self sacrifice. We left a couple of hours later, humbled with the profound realization that no matter our financial state and the size of our apartment, we were blessed beyond measure and that we needed to express to her in some tangible way some more permanent assistance. How often I forget to reflect back as I occasionally dwell on my own trifling feelings of passing physical discomfort while lounging in absolute luxury! God have mercy!
A constant challenge when living as an expatriate is to keep and guard some modicum of balance in how one’s family lives when incessantly presented with the stark contrasts of life brushed across your daily canvas with bold raw strokes.
An evening out to enjoy pizza with family is met with the noses of the poor pressed firmly against the outside window the entire meal. Wide eyes full of longing and wonderment stare through the glass barrier at what we often take for granted and consider an inalienable right. Haughty waiters, attempting to please us, push away our outside onlookers with abusive and threatening belligerence. Leaving the warm environs of the restaurant, the full barrage of guilt rushes in, seeing the family recently gazing at our meal, huddled, drenched in raw cold mountain rain under thin cardboard or tin, facing grim hours of cold and blackness without sleep.
The next morning, after putting out what we considered to be trash, families greedily rifle through what was so easily discarded, rescuing what we considered leftovers.
Walking toward the office, dust swirls across faces with urines acrid stench, constantly soaked into walls left and right. Each corner habited with a small group of huddled humanity eking out their living, cooking and selling intestinal entrails of various animals or tiny sparrows on a stick. The knowledge that the little guy asking opportunity to shine my shoes is an orphan and has chosen just another avenue of daily self preservation, as his friends along with ten thousand others live close at hand on the city garbage dump, attempting to fill the deep gnawing in their malnourished bellies.
Christmas Day always made us ponder the disparity of what we knew went on a few hours flight north or even in the warmth of our own apartment. Getting up early and traveling with friends to the city outskirts, we found interminable lines, mile after mile of stray ragamuffins, huddled, kneeling by the road...hands raised to us in a pathetic posture of prayer, begging for some semblance of a gift. The smallest gift of candy brought a response of joy and gratitude radiating from their faces.


So as I briefly reflect today of having been privileged seeing faces of some much less fortunate, or as I reflect on a portrait in some national gallery, I’m challenged to move toward a place of greater gratitude and purposeful contentment...not denying the contours cut into my own life story, but to live a bit more gratefully out of the heart of those experiences, remembering to reflect light and some joy even through life’s difficulties.


The least I can do is to extend some temporary care to those I pass who live on the street, giving a small expression of kindness by adding a dollop of caloric colour and taste to the beleaguered palette of their daily life.


Thanks for journeying with me today...Doug 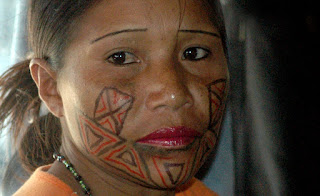 "He who oppresses the poor shows contempt for their Maker, but whoever is kind to the needy honors God."
Proverbs 14:31NIV